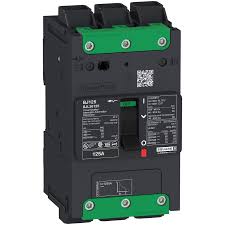 Who invented the Thermal Magnetic Breaker?

Modern Electrical Control Panels were patented by Brown, Boveri, Cie in 1924 by Hugo Stotz an engineer who had sold his company to BBC was credited as the inventor DRP(Deutches Reichspatent) Stoltz's invention was the forerunner of the modern Thermal-Magnetic Breaker commonly used in household load centers to this day. Hugo Stoz was the first to discover the interconnection of multiple generator sources into an electrical grid required development of circuit breakers with increasing voltage ratings and increased ability to safely interrupt the increasing short circuit currents produced by networks.

Thermal-magnetic circuit breakers contain two different switching mechanisms, a bimetal switch and an electromagnet. ... The magnetic portion of the breaker consists of an iron core with a wire coil around it, forming an electromagnet.

The electromagnet inside thermal magnetic circuit breakers responds to varying levels of electrical currents. Elevated levels of currents generate a magnetic field that is strong enough to attract nearby armature. This armature then moves closer to the electromagnet and trips the breaker, effectively stopping the current flow.

The trip process due to the armature is almost instantaneous because of the fast speed at which electromagnetic induction occurs. As a result, sudden loads in the circuit cause large spikes in current, such as switching on a motor, and can potentially trip the circuit without delay.

Bimetallic strips can convert a temperature change into a physical movement. This occurs by expanding two different strips of metal at different rates using heat. The two metal combinations in this process are usually steel and copper or steel and brass. They are joined together along their length by methods such as welding or riveting.In a thermal magnetic circuit breaker, the bimetallic strip is placed behind a trip bar that is connected to the current pathway. Any electrical current passing through the pathway that exceeds the breaker limits will heat the bimetallic strip, causing it to bend.